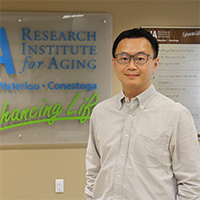 Alfred has a long-standing research interest in ultrasound imaging and therapeutics. As a Professor at the University of Waterloo, Alfred is based in the ECE Department and holds a cross-appointment in Applied Math. He is the Director of NSERC CREATE Program on Next-Generation Innovations in Ultrasonics (N-GENIUS). Alfred obtained his undergraduate degree in Electrical Engineering from the University of Calgary, and he received his M.A.Sc. and Ph.D. degrees in Biomedical Engineering from the University of Toronto. Alfred started his academic career at the University of Hong Kong, where he was the founding PI of HKU Biomedical Ultrasound Laboratory. He relocated his research group to Waterloo in 2015 to help spearhead Waterloo ECE department’s biomedical engineering research portfolio. Alfred’s research is recognized by various prestigious prizes, including the IEEE Ultrasonics Early Career Investigator Award, the Frederic Lizzi Early Career Award, and the Ontario Early Researcher Award. He is now an Associate Editor-in-Chief of IEEE Transactions on Ultrasonics, Ferroelectrics, & Frequency Control, an Editorial Board Member of Ultrasound in Medicine and Biology, and the Chair of the Medical Ultrasound Group of IEEE Ultrasonics Symposium. He is also a Board Director of the International Society for Therapeutic Ultrasound, an AdCom Member of the IEEE UFFC Society, and a Member of the AIUM Technical Standards Committee. He is a Fellow of AIUM. 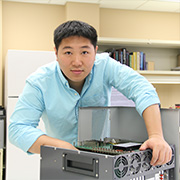 A PhD graduate from the University of Waterloo, Billy is now a full-time researcher in the lab. He has an active research interest in advanced ultrasound imaging, and he has been involved in the design of high-frame-rate imaging techniques and related system tools. Prior to coming to Waterloo, Billy completed his B.Eng. (Hons) degree in Medical Engineering and his an M.Phil. studies in Electrical and Electronic Engineering, both at the University of Hong Kong. His work is recognized by various research honors, including the ASA Biomedical Acoustics Best Student Paper Award, the USE Young Scientist Award, and the KSUM Young Investigator Gold Prize. 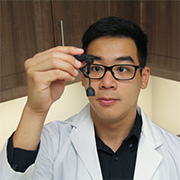 Adrian’s research specializes on the design of new vascular ultrasound techniques and related experimental tools. He is also the group’s de-facto lab manager. A globe trotter, Adrian obtained his B.Eng. degree in Electrical and Computer Systems Engineering at Monash University in Melbourne, Australia, and received his Ph.D. training at the University of Hong Kong. He also completed a research internship at Hitachi Central Research Laboratory in Tokyo, Japan. 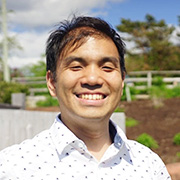 With a background in urology diagnostic technology development, Takuro is spearheading the application of high frame rate ultrasound to develop new urodynamic imaging tools. He completed his undergraduate degree and PhD studies at Chiba University in Japan. Takuro joined LITMUS after a brief spell working at his alma mater. He brings to the group multi-disciplinary knowledge in urology, computational fluid dynamics, and signal processing. 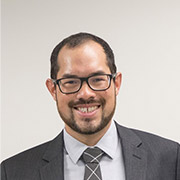 Jason joins LITMUS with a background in cardiovascular exercise science and spinal cord injury physiology. He completed his PhD degree in kinesiology at McMaster University where his major focus was on longitudinal motion of the arterial wall and speckle-tracking echocardiography. Drawing on his experience with clinical exercise trials, he will be working towards human application projects for high-frame-rate imaging. Jason was previously funded by NSERC for his graduate studies, and is currently supported by a CIHR Post-doctoral Fellowship. 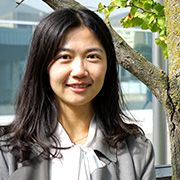 Xinxing brings to LITMUS her multidisciplinary expertise in engineering, physics, and biology. After receiving her B.Sc. degree in Physics and M.Phil. degree in Mechanical and Automation Engineering, she expanded her research interests toward biomedical science and obtained a Ph.D. degree in Biology at the University of Hong Kong, Hong Kong SAR, China. Xinxing’s current research seeks to unleash the therapeutic potential of ultrasound, specifically in devising innovative drug delivery applications as well as investigating wave-cell interactions and related biophysical processes. 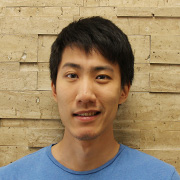 Richard obtained his Bachelor’s degree in Material Science Engineering at the University of Toronto in 2016. He gained initial experience in working with microbubbles during his undergraduate capstone project. He is now seeking to develop new biomedical ultrasound applications of these contrast agents as his research direction in graduate studies at the University of Waterloo.

Di has a strong research interest in different forms of medical imaging. He completed his undergraduate degree in Mathematics at the University of California - Berkeley, where he worked on Magnetic Particle Imaging (MPI) research, and his masters degree in Electrical Engineering at the University of Minnesota - Twin Cities, where he focused on MRI research. Afterwards, he worked at the IBM Toronto Software Lab. With a background in hardware, software, and mathematics, Di is looking forward to integrating his expertise to the field of ultrasound imaging. 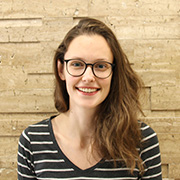 Rebekah completed her BASc degree in Nanotechnology Engineering at the University of Waterloo in 2018. During her undergraduate degree, she worked in research fields ranging from materials science for the development of more efficient particle accelerators, to probing the radiation tolerance of CMOS and CCD image sensor designs. Rebekah joined LITMUS to further develop her interest in medical imaging technology by expanding her knowledge in biomedical ultrasonics and electrical engineering. 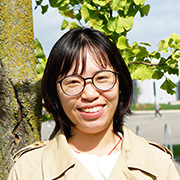 Anni Pan received her MASc degree in Pharmaceutical Science from Peking University, researching on the use of nanoparticles for cancer theranostic applications. Briefly before moving to Waterloo, she worked on HIFU-mediated drug delivery at Tsinghua University. Pursuing her interest in theranostics, Anni joined LITMUS to investigate on novel methods of ultrasound-microbubble mediated drug delivery for cancer treatment. 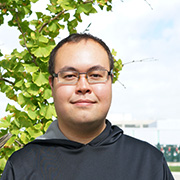 Cyrus completed his B.Sc. at the University of Windsor in Physics in 2016 before going on to pursue a Master’s degree in theoretical condensed matter physics at the University of Waterloo. With a background in stochastic modeling and numerical simulation, Cyrus hopes to describe the acoustic activation of nanodroplets and their use in therapeutic ultrasound on a quantitative level. 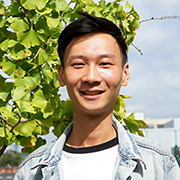 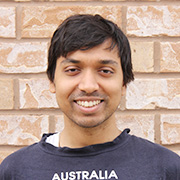 Nova completed his BASc degree in Electrical Engineering with Distinction and Dean’s Honours List at the University of Waterloo. Throughout his undergrad, he has been exposed to a broad range of work from conducting research in the area of nanoelectronics for the standardization of TSC spectroscopy in Japan, to developing signal processing software for better spectrum management in the area of RF communications here in Canada. He is keen on applying his diverse skillset to innovative research at LITMUS while furthering his interests in the area of ultrasound imaging. 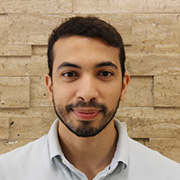 Jonathas obtained his Bachelor's degree in Mechanical Engineering and his Master's degree in Bioengineering both from the Federal University of Minas Gerais in Brazil. He has a keen interest in cardiovascular bioengineering and currently conducts his Ph.D. research on the use of computational fluid mechanics to evaluate the process of thrombus formation in veins with central venous catheter. At LITMUS, as a visiting student, Jonathas intends to spend a year developing his knowledge in Ultrasound Vector Flow Imaging for integration with his expertise in numerical modeling.